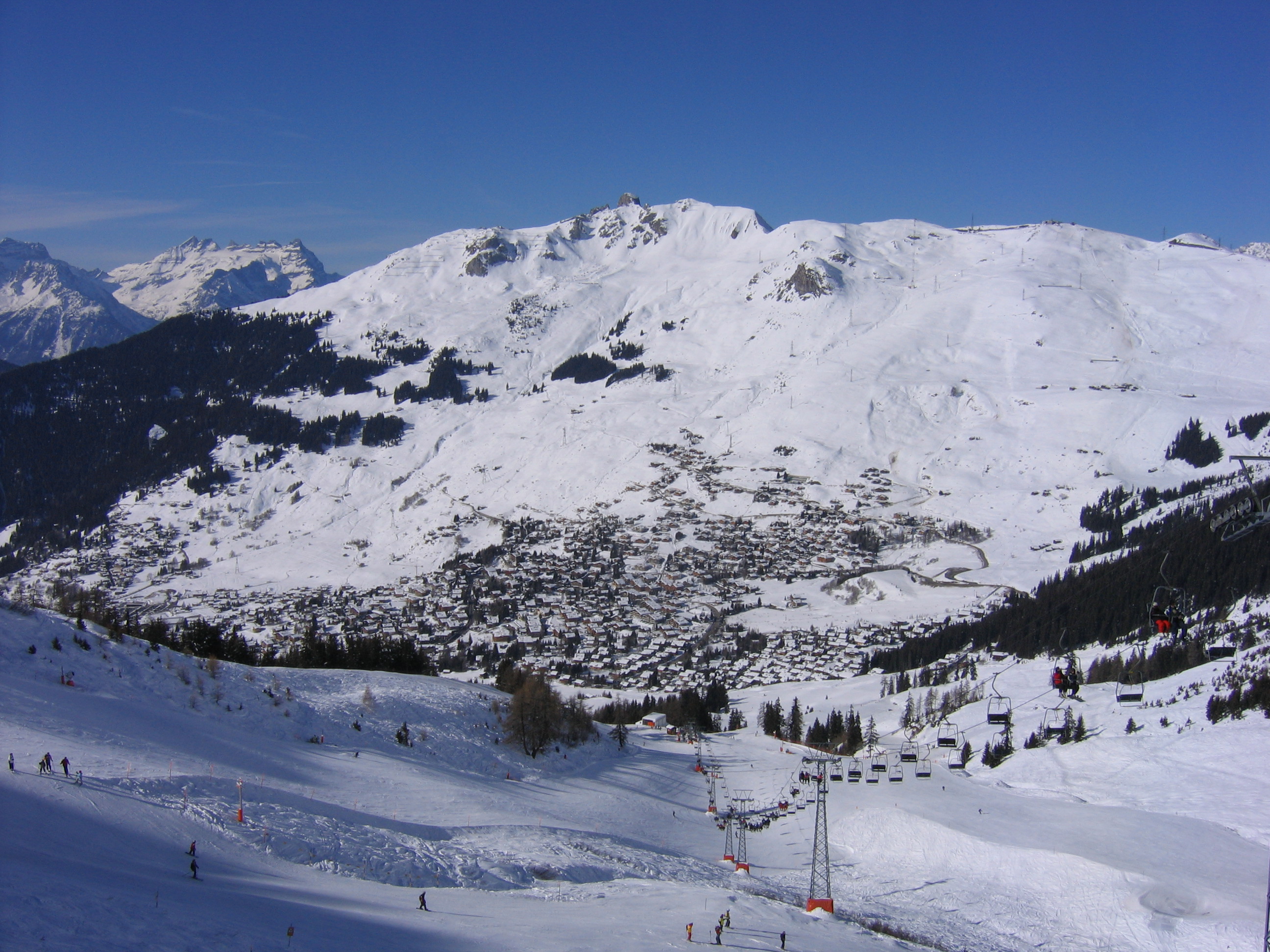 Verbier, in Switzerland’s Vais canton, is one of Europe’s oldest ski resorts. It is also one of the biggest ? access to a claimed 410 kilometres of ski runs ? highest ? the top elevation is 3,330 metres ? most exciting, and at times most dangerous resorts.

The danger comes from the risk of avalanches in this steep mountain area but applies mostly to those who wish to take advantage of the extensive off-piste opportunities available from the Mont Fort summit ? 3,330 metres up.

Avalanches apart, there are further off-piste risks posed by blind valleys, fallen trees and other obstacles, and unexpected rock faces. Generally this kind of skiing is for the knowing and the wary, and definitely not for family outings.

But there is plenty of other skiing available in Verbier. It is one of the ‘Four Valleys’ – the linked ski resorts of Verbier, Nendaz, Veysonnaz, La Tzoumaz and Thyon?that together form the largest ski area in Switzerland – hence the claimed 410 kilometres of pistes. The area has a total of 14 black runs, 39 red, and 35 blue. There is also a snowpark plus some cross country tracks.

A Four Valleys ski pass allows access to all via some 100 lifts.

In fact it’s not necessary to venture too far from Verbier’s own cable cars and gondolas to find plenty of skiing.

There is the Savoleyres area offering lower altitude, lower stress skiing, the Medran/ Les Ruinettes area with mainly red runs, the now more accessible Bruson area with its red and black runs, and the formidable Mont Fort summit with its challenging off-piste possibilities and mogul fields.

The village is high enough (occupying a plateau 1,500 metres up) while most of the skiing areas are highest still ? Mont Fort and Mont Gele are both over 3,000 metres, Les Ruinettes over 2,000 metres and Savoleyres over 2,300 metres.

Verbier is a lively village that attracts both skiers and those with a creative bent. There are plenty of shops, eateries and bars while a free bus services connects the centre and the cable car and gondola stations.

Verbier has a glacier and offers some summer skiing. There are also 400?kilometres of summer hiking trails and 200?kilometres of mountain bike pistes. Other activities include climbing, paragliding, swimming, golf, badminton, Ice karting, trips aboard the mountain railways in the area, and an annual music festival.

The nearest international airport to Verbier is Geneva ? just over 100 miles away. Private transfers are available by coach or minibus. It is also possible to reach Verbier by train ? alighting at Le Chable and completing the journey by cable car, or less excitingly, by bus.

The Benefits of Professional Ski Instruction

Want to ski but on the fence about professional lessons? Don't be. Read here to learn about the benefits of professional ski instruction! [...]