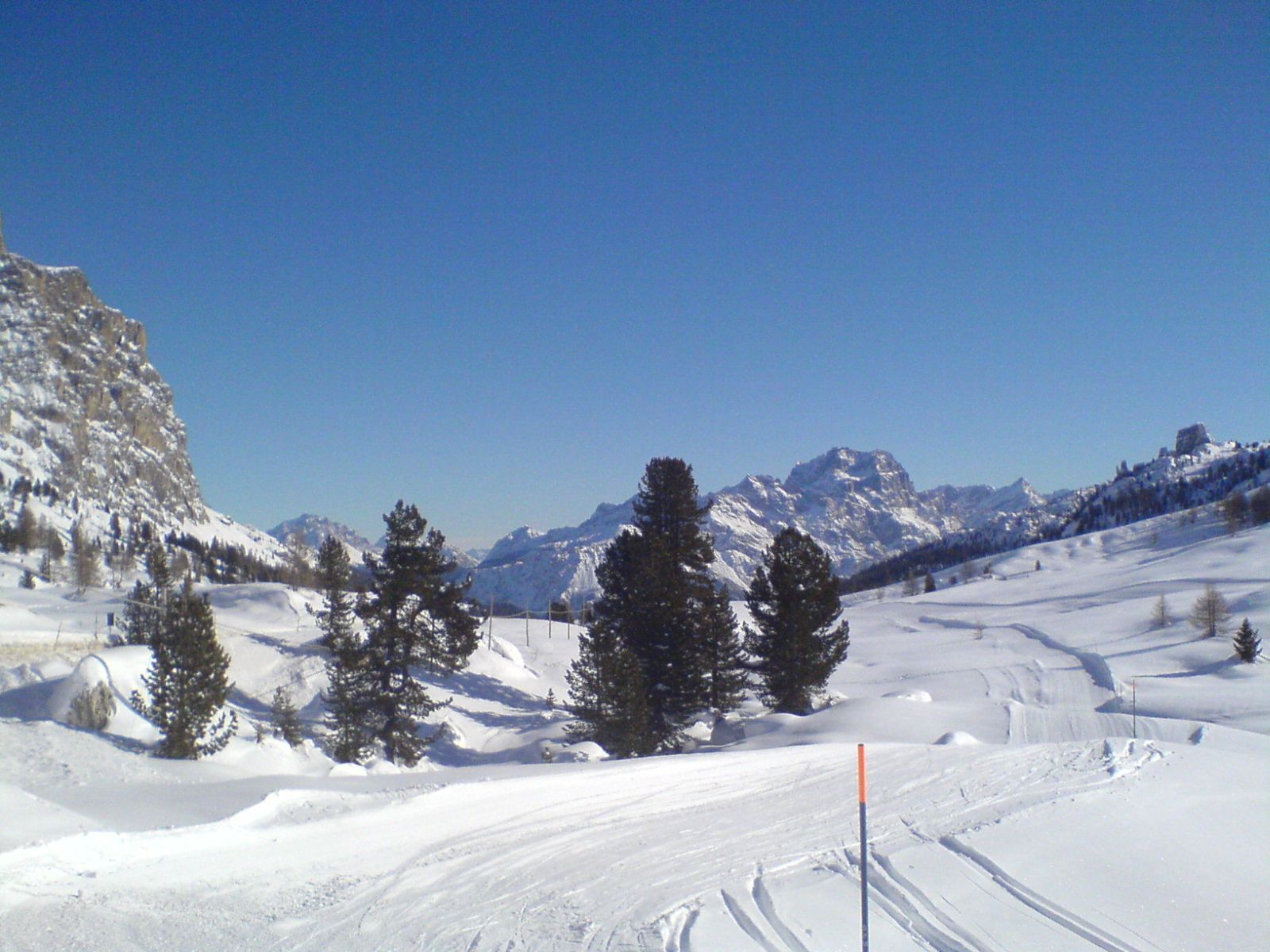 Cortina (Cortina d’Ampezzo) is a mountain town in the Veneto region of Italy with a long history and a sporting pedigree to match ? among other events, it is carded to host the 2021 Alpine Ski World Championships. Fashionable as well, it is often described as Italy’s premier ski resort.

The town sits in a bowl at the centre of the Ampezzo valley surrounded by craggy Dolomite mountains ? Pomagagnon to the north, Cristallo to the northeast, Faloria and Sorapiss to the east, Becco di Mezzodi, Croda da Lago and Cinque Torri to the south and Tofane to the west. In fact the town is a conglomeration of villages subsumed in a period of rapid development in the 1950s when Cortina hosted the Winter Olympics.

The town sits at a height of 1,224 metres. Its centre is a pedestrian zone lined with designer shops and luxury hotels.

The ski area above is serviced by two cable cars, one sited at each end of the town, linked by a ski bus. Once on the mountain there are 115?kilometres of pistes served by 34 lifts.

There is a choice of areas in which to ski, ranging from shaded to sunny, easy skiing to more challenging. Most offer magnificent views of the valley below. Some are a good distance away from the town.

The Tofane area, to the west of Cortina has the most challenging slopes including Canalone, Vertigine Bianca and Olympia used regularly for the Women’s World Cup races

In the Lagazuoi – Falzarego area is the 7.3 kilometre (red) Armentarola ski run.

If this is not enough, Cortina is at the centre of the Dolomiti Superski area covering 12 ski areas that together offer 1,200 kilometres of ski slopes and 30 snowparks served by around 450 lifts. Besides Cortina, Superski area resorts include Val Gardena, Civetta and Carezza.

It is possible to visit these areas or perhaps take the Sellaronda ski tour around the Sella Massif visiting the four Dolomite passes in one day ? covering a total of 40 kilometres and 26 ski slopes.

Facilities also exist for cross-country skiing, including a long stretch of the old railway line. In and around Cortina, there are opportunities to participate in many other winter sports such as curling, ski mountaineering, snowboarding, sledding and extreme skiing. Those interested in military history can combine skiing and research with visits to the sites of World War I mountain engagements.

Cortina is not the easiest place to get to. It once had, but no longer has, its own railway station and airport.

It is accessible by car (from Austria through the Brenner Pass) Innsbruck is 165 kilometres away, Venice 132? kilometres and Verona Verona 257 kilometres.

Venice and Treviso airports have bus services and transfer taxis.