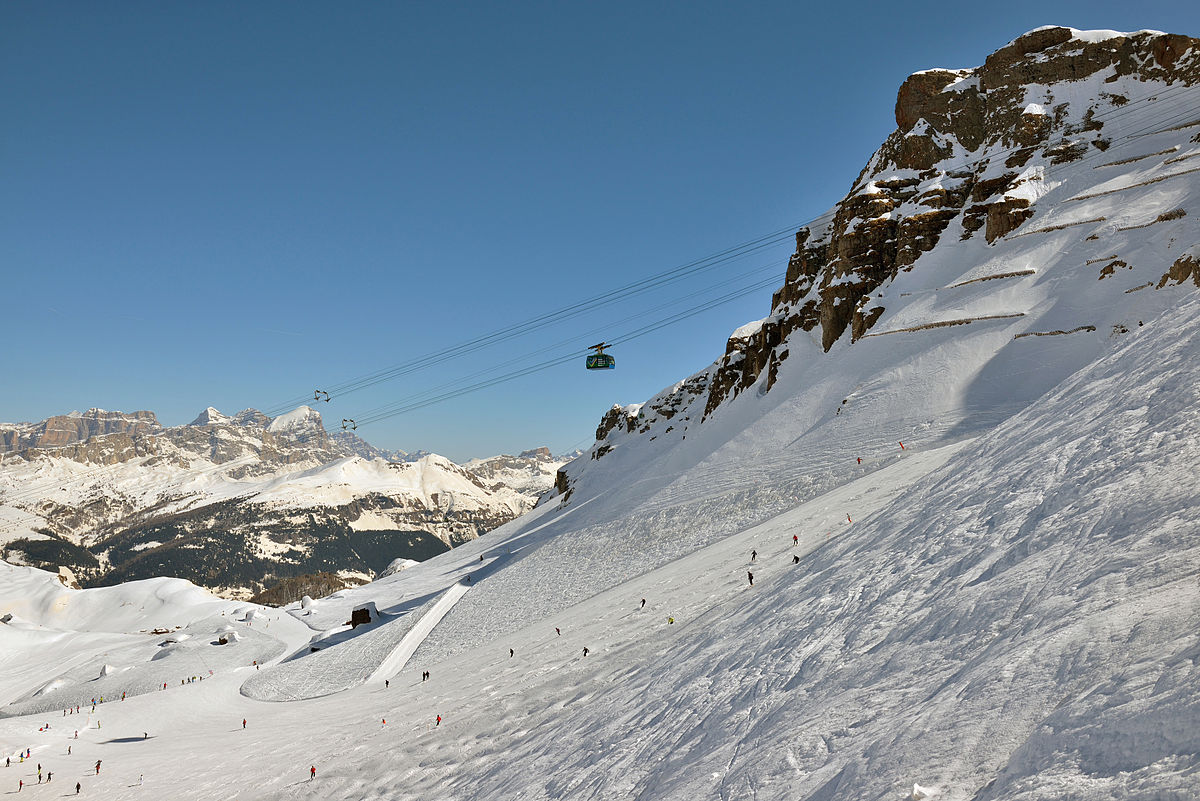 Italy has almost 300 ski resorts. Like the mountainous spine that runs the length of Italy, they are spread throughout the country and are to be found in some unexpected places ? Etna in Sicily, or the Apennines within easy of Rome, for example. But the best known and largest are in the north of the country in the Alps, near the French and Swiss borders, and the Dolomites in the far north east, closer to the Austrian border.

The Dolomites are in fact part of the Southern Alps. Ski resorts there include Val Gardena and Cortina d’Ampezzo ? both part of the Dolomiti Superski area that includes 12 linked ski resorts with access to 1,220 kilometres of slopes.

In the Italian Alps, the autonomous region of Aosta Valley is home of Courmayeur, La Thuile and other resorts that offer combined lift passes with access to 100 kilometres of ski runs.

Meanwhile the Via Lattea (‘Milky Way’) is a ski area that straddles the Italian-French border. Within easy reach of Turin, five Italian resorts (all in the Piedmont region) including Sestriere and Clviere give access to 400 kilometres of pistes.

In the Lombardy region and within easy reach of Milan are Livigno and Aprica.

Like the country, Italian ski resorts tend to be described as having flair rather than Spartan efficiency – they are a little more relaxed and more interested in la dolce vita than in athletic prowess. ‘Family friendly’, ‘good food’ and ‘less expensive’ are terms often used.

If you're planning to book a summer skiing trip this year, what locations should you consider? Learn about 5 breathtaking places to ski this summer. [...]