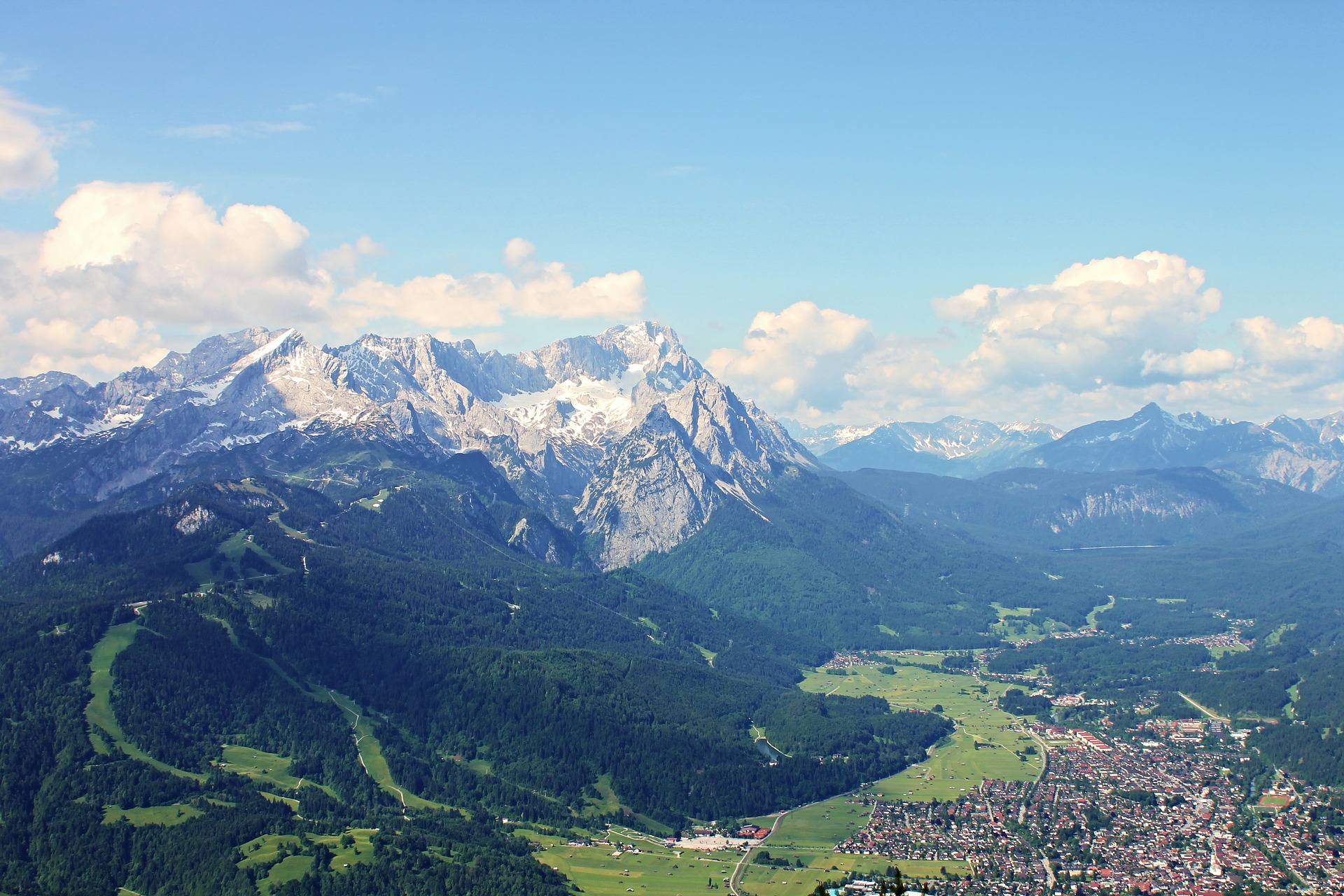 The two communities of Garmisch and Partenkirchen joined together in 1935 so that they could host the winter Olympics of the following year. Since then ? besides staying united – they have featured in a good number of other major skiing events, including the 2011 World Alpine Ski Championships.

Situated in Bavaria, in a broad flat valley near the border with Austria, the twin towns (which are themselves just over 700 metres above sea level) are close to Germany’s highest mountain (Zugstitze ? 2,962 metres).

More immediately above them sits ‘Classic Garmisch’, a well connected if relatively modest in size skiing area ranging over three mountain – the Hausberg, Kreuzeck, and Osterfelder – at heights reaching just over 2,000 metres. Between them they have close to 40 kilometres of pistes.

There are three other accessible areas ? the unattractively named Wank, with around 10 kilometres of slopes, Eckbauer with only one lift and 3.6 kilometres of runs, and the glacier atop mount Zupspitze (at almost 3,000 metres). The latter has 18 kilometres of ski runs, mostly of the less difficult sort, and 12 lifts ? plus the cable car up. Zupspitze can only be accessed (and exited) by cable car or funicular. It is not possible to ski all the way back down.

Closer to town the slopes are a little steeper, with the bias towards testing reds plus some blacks ? the Kandahar included. This famous 4 kilometre long slope is one of those which, conditions permitting, can be taken back down to the town.

Although the ski area is not huge, Garmisch and Partenkirchen themselves are not small ? the population is around 27,000 ? and there are plenty of shops and restaurants, plus a casino.

In fact the towns are popular all-year resorts with an array of outdoor activities. For those who like snow and ice these include cross country skiing (there are 28 kilometres of tracks), skating at the 1935 Olympic Ice Stadium, tobogganing, and even Segwaying.

There are excellent transport links to the towns. It is motorways all the way from Munich, while there is a direct (hourly) train link from Munich to Garmisch.

But while the towns are easy to get to, getting on to the slopes themselves is a little more time consuming than is the case in many resorts. Expect buses and even trains to be involved.