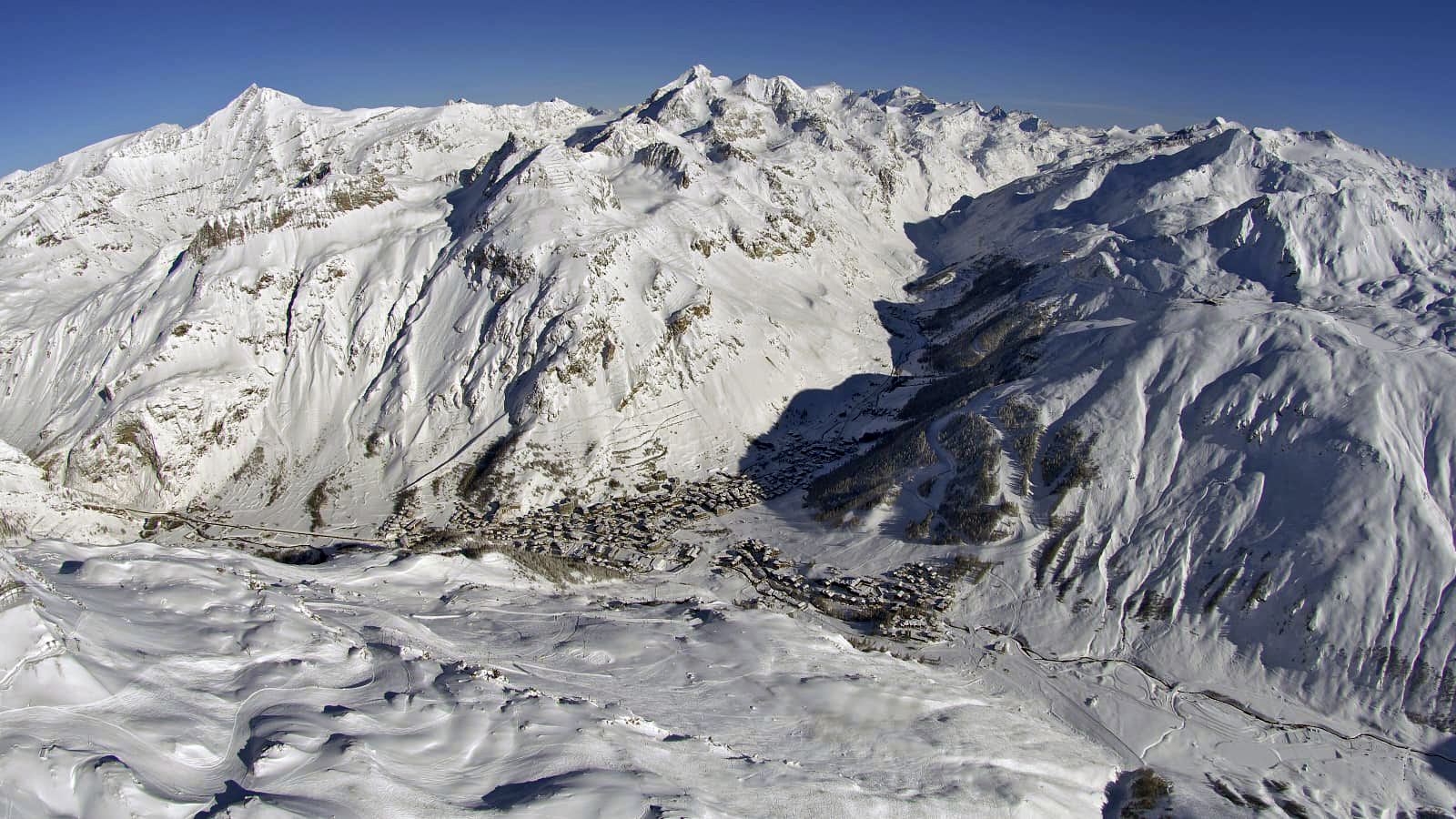 Val d’Isere is THE most popular ski destination for Brits and it is easy to see why. It is a small but lively town with a long history (it’s no concrete jungle), its slopes are extensive, high and varied, its lift system is modern, there is glacier skiing on hand, and it is relatively easy to reach. It has a good snow record and relatively long season. Plus, there is a programme of continuous improvement.

The drawback is that, being such a draw, it is not a low budget destination.

To be found in the Tarentaise Valley close to the Italian border ? and not too far from other well known French ski resorts such as Courcheval, Meribel and Val Thorens ? the French town of Val d’Isere sits at 1,850 metres. Its lifts take skiers up to nearly 3,500 metres.

Val d’Isere has a sister resort: Tignes. Not so pretty, it was built in the 1960s and named after a village that was drowned in the 1950s when the Isere valley was damned as part of a hydro electric development programme. In fact Tignes it is a group of villages, but the main ski resort sits at 2,100 metres. Above is the Grande Motte Glacier which rises to 3,450 metres.

Vaql d’Isere and Tignes are linked by a free bus system and share the ‘Espace Killy’ ski area (named after the French and Olympic skiing legend Jean-Claude Killy.

In all this comprises 300 kilometres of pistes (over 150 in total) served by 90 lifts. There are two snowparks and also two glaciers, Grande Motte and Pissailles, both open winter and summer.

Both resorts are well established on the skiing and boarding competition circuit; the former having staged the men’s downhill race in the 1992 winter Olympics and numerous World Cup events, and the latter freestyle boarding World Cup events.

Snow coverage tends to be as good or better than elsewhere in Europe right up until the end of May. Tignes and Val d’Isere attribute their ‘exceptional’ snowfall to their location close to the Italian border ? meaning they benefit from the same Atlantic depressions as other French resorts, but also from the Mediterranean low pressures which dump their snow on the Italian Alps.

The slopes are varied, with something for all levels, including some tough blacks and off-piste opportunities. There is little problem getting to the lifts and it is possible to ski back into the town.
Getting there is not too hard but can involved reasonably lengthy coach trips. Chambery, the nearest airport is 145 kilometres and two hours away, Geneva is further ? 223 kilometres.

The nearest railway station is Bourg-St-Maurice which is only 30 kilometres and 40 minutes away ? there is a regular bus service to and from the station.