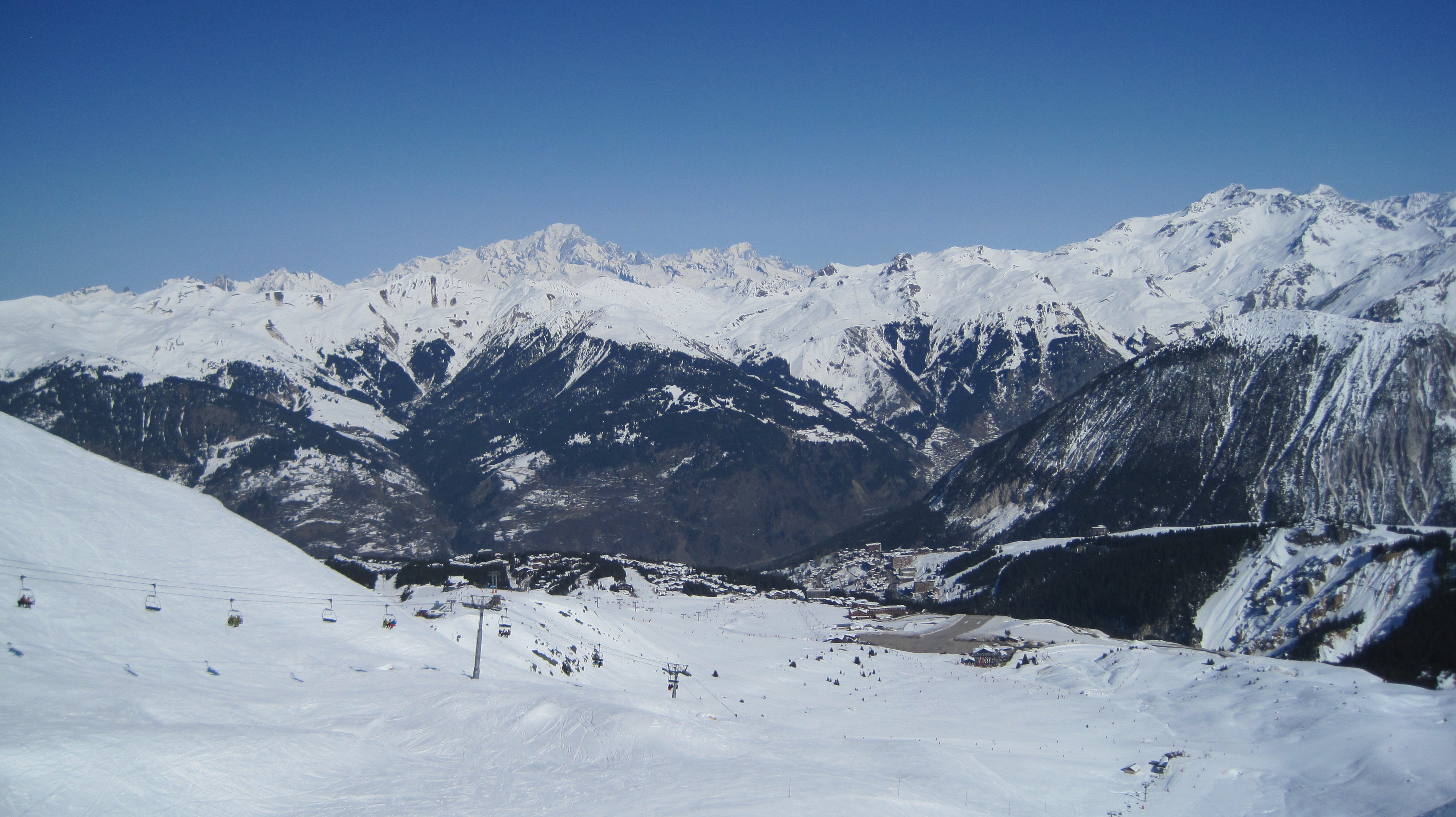 Courchevel, which sits in the Tarentaise area (also home to Les Arcs, La Plagne, Val d?Isere and Tignes), is spread over four levels and has access to the ?Three Valleys? ? which in fact are four valleys.

The name ?Courcheval? speaks of its farming past ? the word being a corruption of that used in local dialect to describe unsuitable grazing pastures. This is not to say development of the resort has been haphazard. In fact town planning for the ski resort began in the 1940s.

The Courchevel valley also includes the town of La Tania, built to house athletes competing in the 1992 Albertville Winter Olympics (Le Praz was used for the ski jumping and combined Nordic events). La Tania is now a separate, although linked, resort.

Courchevel 1850, the highest, is the most exclusive village ? property prices are rated amongst the half dozen most expensive in the world and the village attracts high fliers (literally since Courchevel has its own short landing strip tucked into the mountainside. It is not for the faint hearted since it is known as one of the most dangerous airports in the world and only light aircraft and helicopters flown by specially certificated pilots may land or take off).

Billing itself as a luxury destination, it has an array of designed shops, not to mention 11 five star hotels and eleven Michelin stared restaurants.

At the lower levels Courcheval also, of course, offers a range of different quality (and priced) accommodation and dining options.

Courchevel (Saint-Bon valley) is in the most easterly of the three valleys. The other three (making four in all) are Allues (home of Meribel and Brides-les-Bains), Belleville (Val Thorens, Les Menuires, and Saint-Martin-de-Belleville) and Maurienne (Orelle).? At 900 metres, the latter is more of an access point than a ski village.

The Three Valley villages claim that together they offer the largest ski area in the world linked solely by piste and lift.

Courchevel?s skiing season runs from early December to April when there are also an array of other activities on offer, including an adventure camp (the adventure being the chance to drive a variety of snow vehicles), bowling, cookery courses, mountain biking (with ?fat bikes adapted to the snow), fitness workouts, hang gliding and helicopter flights. There is also a children?s village.

Getting to Courchevel is relatively easy from the UK with the option to fly ? Geneva, Lyon, Chambery and Grenoble airports are all possible) ? take the train or drive all the way.