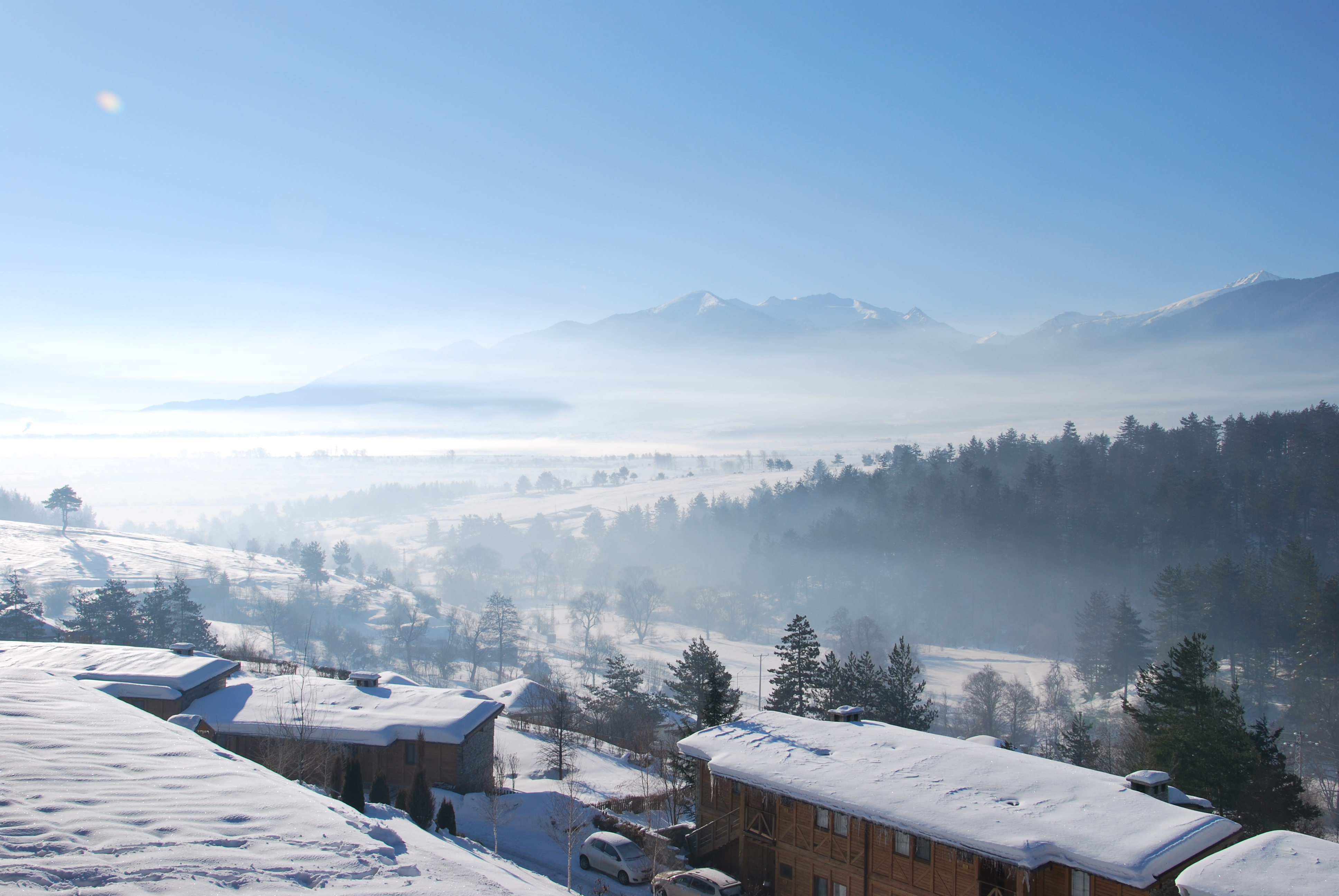 Bansko’s ski resort is the best that Bulgaria has to offer. It has grown very quickly on the back of investment in lifts and equipment, and in hotels. There are now over 18,000 hotel beds available locally, including those in a raft of five star hotels.The resort is in a beautiful part of Bulgaria ? close to, and partly overlapping, the Pirin National Park ? the largest reserve in Bulgaria and a UNESCO World Heritage Site. It goes up to a good height – 2,600 metres ? and has a reasonable snow record.

But there is no getting away from it; the skiing area is rather limited. And its proximity to a nature reserve has meant that further development proposals have not been without controversy.

Currently there are 75 kilometres of ski runs ? 14 runs in all ? serviced by 13 lifts. Although Bansko has hosted World Cup skiing events, the bias of the resort is towards more comfortable levels of skiing.

The ski area is 10km above the town on Bansko. Reaching it involves a 7 kilometre, 25 minute, gondola ride (for which queues are possible).

Of the ski runs, only one is rated black ? that named after the Italian legend Tomba. Some suggest the description is a little overstated. It is the longest individual piste at 2.6 kilometres.

Of the other runs, only seven are difficult enough to be called ‘intermediate’.

There are also 5 kilometres of cross-country tracks.

Snowboarders are catered for with a ‘Fun Park’ offering the opportunity to create artificial bumps and jumps, and with a half pipe.

The ski season is relatively long here from mid December to mid May ? although snow coverage in December is likely to be patchy. The winter is cold but not too extreme. December to May sees temperatures reach minus figures ? although the average is nearer zero.

January, February and March usually have natural snow coverage of between 2 feet and 5 feet. But the resort has good snow cannon cover ? 80 per cent plus ? to cover the lean periods.

For those who want to ski longer or further, there is heli-skiing available and also night skiing?on 16 kilometres of floodlit ski runs.

There are alternatives to skiing on offer, including snowmobiling, snow shoeing, ice fishing and paragliding.

What Bansko does have to offer is an ancient and interesting town. Surrounded by Mount Pirin, the north face of which provides the skiing area, and mounts Rila and Rhodope, it once belonged within the Turkish Empire. It has some fine buildings and a long cultural history that is reflected in a continuing emphasis on arts and crafts.

It is also a fine summer destination for those wanting to visit the Pirin National Park and local thermal springs and lakes.

Getting there is relatively easy. The nearest airport is Sophia, 160 kilometres and a two to three hour car ride away.

Plovdiv Airport is a little further away. Transfers are available from both airports and can be booked online. It is also possible to make the journey by bus or train.